The Story of a Genius

Glenn Gould was a canadian pianist who became one of the best-known and celebrated classical pianists in modern history. His work influenced a new generation of performers and listeners through his illuminating interpretations of the music of a variety of composers. Gould has received numerous accolades for his work including four Grammy Awards, three Juno Awards and the RIAA Lifetime Achievement Award. At Visual Natives, we were honored when awarded the task to design and develop the definitive online destination for Gould’s history, achievements, and complete collective works.

The “ultimate Glenn Gould fan site” was outlined to allow fans to enter the world of Gould with historical insights to his recordings, rare videos of live appearances, and an interactive timeline of his life. The blend of classical design elements with modern web development approaches produced an elegant layout with aesthetics that don’t compete with the site’s content.

Glenn Gould has left a rich legacy of musical ideas and performances that find him, each year, the subject of new books, articles, plays, films and documentaries, which continue to challenge and inspire new generations. Great artists like Glenn Gould know that there’s always more to learn and grow as an artist, which is why our team at Visual Natives will always strive to do the same. 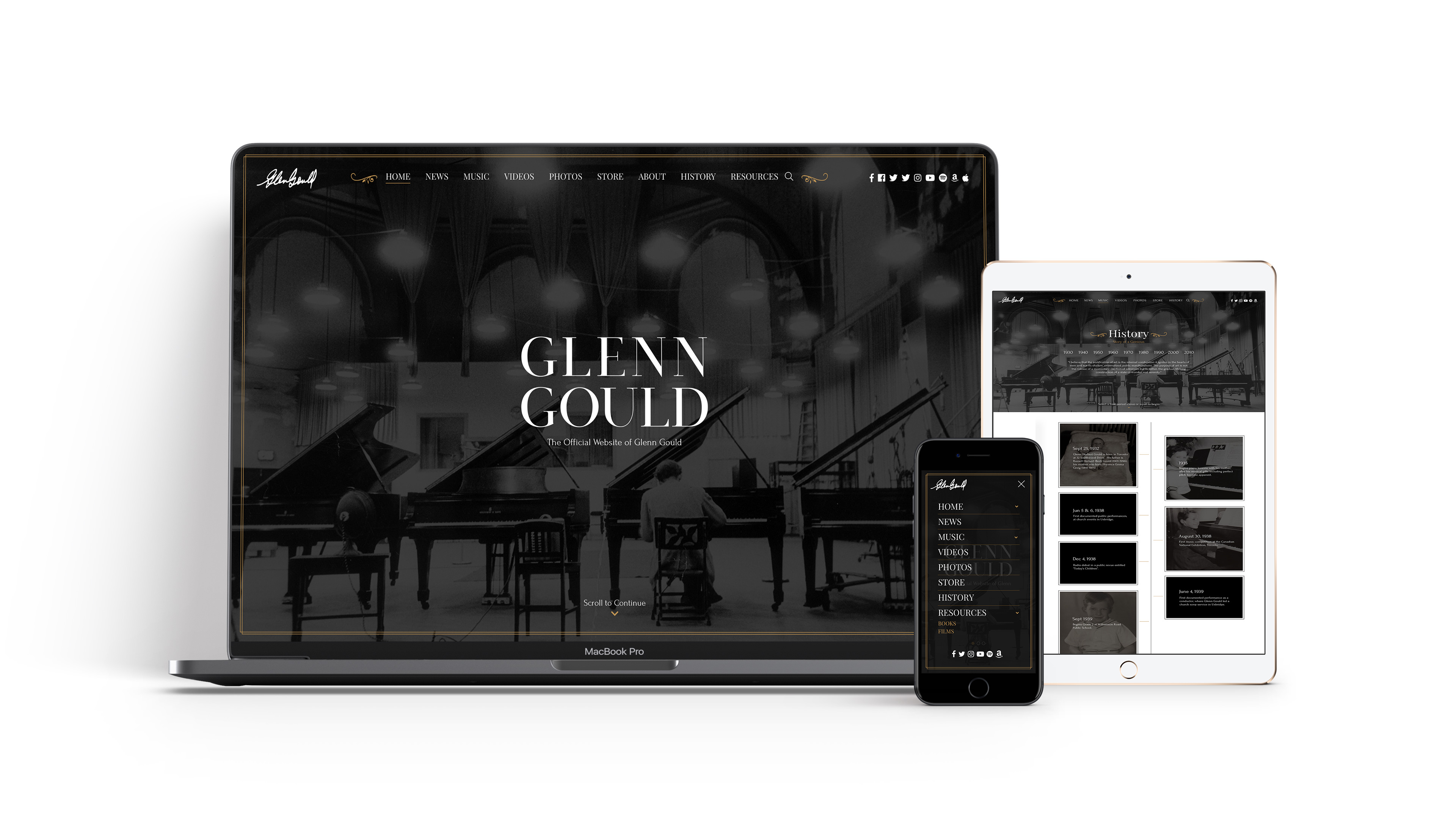