In 2015, The Scorpions released a brand new record on their 50th anniversary titled “Return to Forever” and embarked on a worldwide tour with deluxe editions of many of their chart topping records being released at various points throughout the year.  As part of the promotions, Visual Natives redesigned and modernized The Scorpions’ website, placing more emphasis on the personality of the band, its history, and its members.  In addition to a ground-up redesign for look and feel, the new website incorporates responsive design, heavy social media and fan interactivity, and is regionalized with German and English versions which use user agent geolocation to serve the appropriate language.

Visual Natives also handled design for tour collateral including contests, ticket sales portals, tour flyers and other assets providing a consistency of brand and reinforcing The Scorpions’ place in the Pantheon of Rock. 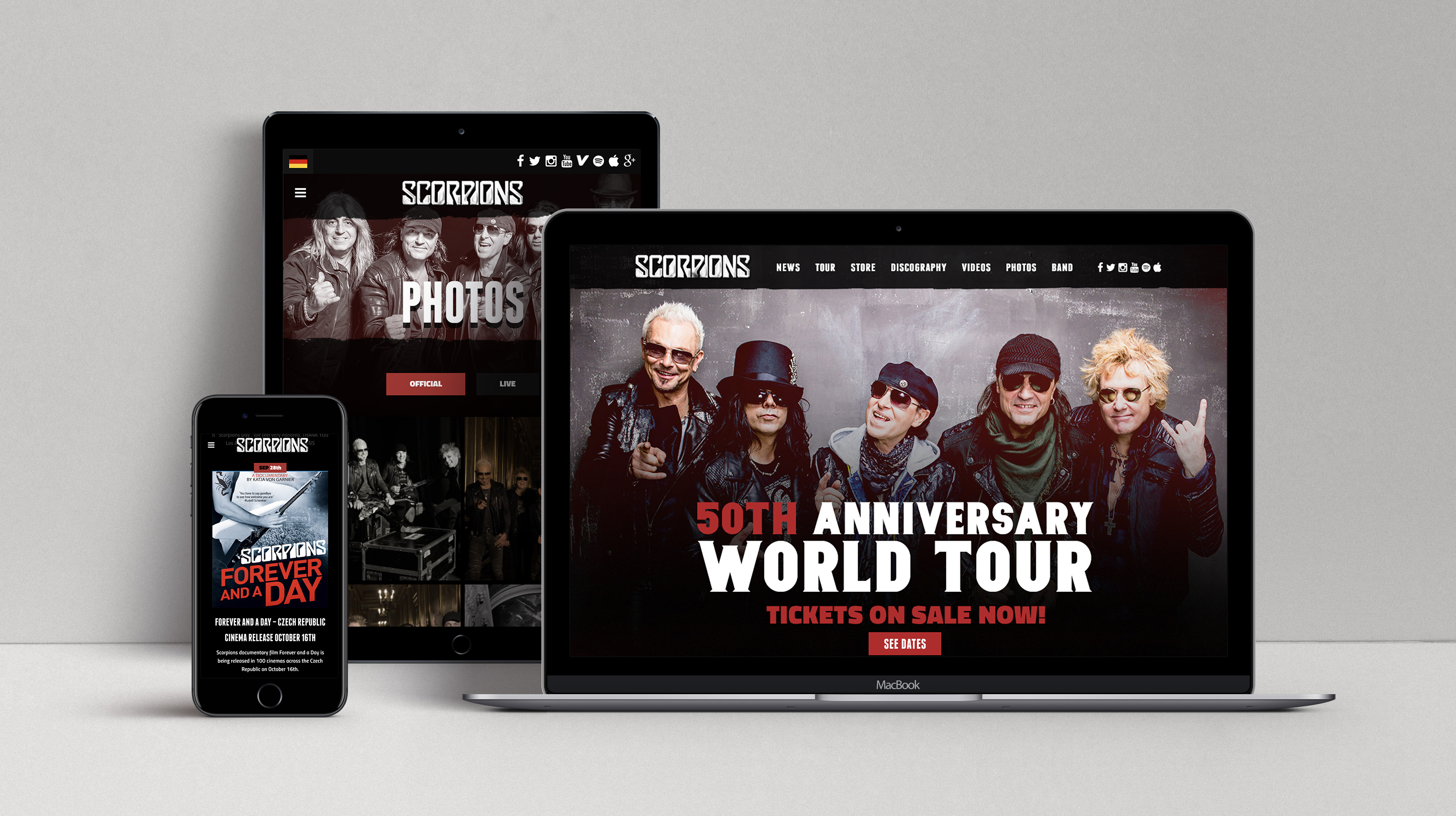