When Tesla approached Visual Natives, their goal was to have a website for the Tesla mega-fan as a celebration of the band’s history. Due to our history and expertise working with legendary bands such as Def Leppard, The Scorpions and Alice Cooper to name a few, we knew we had to provide Tesla with the ultimate tribute website to live up to their infamous reputation.

The finalized website takes fans back to a time they once knew, exploring a vast collection of the bands anthology including photos, videos, and albums. Teslatheband.com also serves as a modern platform for the future of the band, one of those endeavors including the release of their album, Shock, produced by Def Leppard’s lead guitarist Phil Collen in January 2019. Visual Natives is currently working alongside Tesla as they continue their legacy as a staple in rock and roll history. 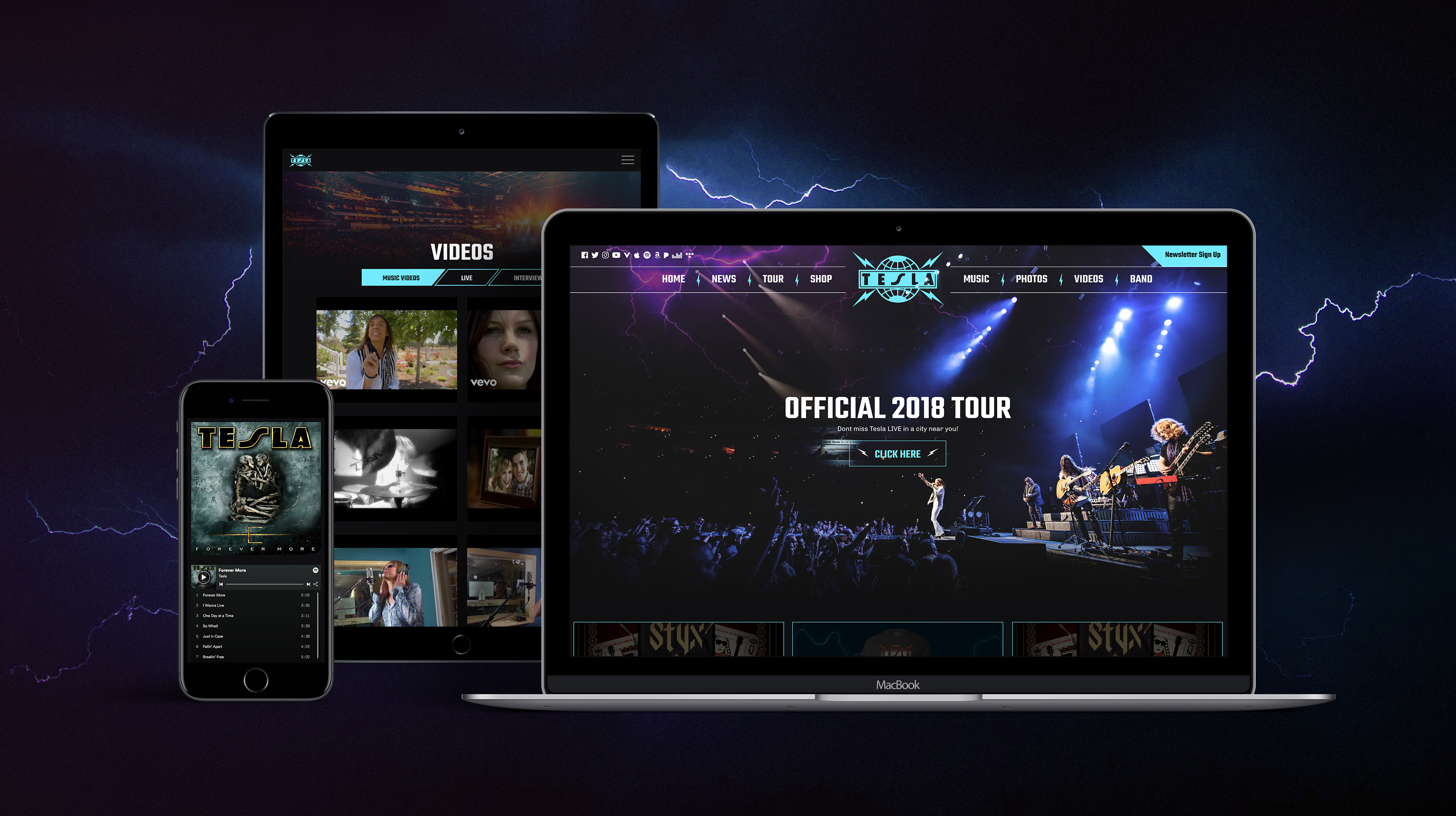