Primary Wave Entertainment is one of the largest independent music & entertainment marketing, talent management, and music publishing companies in the United States.  Founded in 2006, Primary Wave creates marketing and branding strategies for its diverse roster of music, film, television, and literary talent through six in-house operating divisions. Over the years, the company has acquired the copyrights of over 15,000 songs from the catalogs of legendary artists such as Kurt Cobain, Steven Tyler, John Lennon, Def Leppard, Smokey Robinson, Hall & Oates, Chicago, Maurice White, Graham Parker, Daniel Johnston, Steven Curtis Chapman, Lamont Dozier, Steve Cropper and many others.

Visual Natives is proud to recognize Primary Wave as one of its oldest clients, acting one of its primary vendors in the founding days of Visual Natives. Through out the past 6 years, Visual Natives has worked with Primary Wave on creating various branding and marketing materials for internal and advertising usage, helping shape the digital presence of the company. 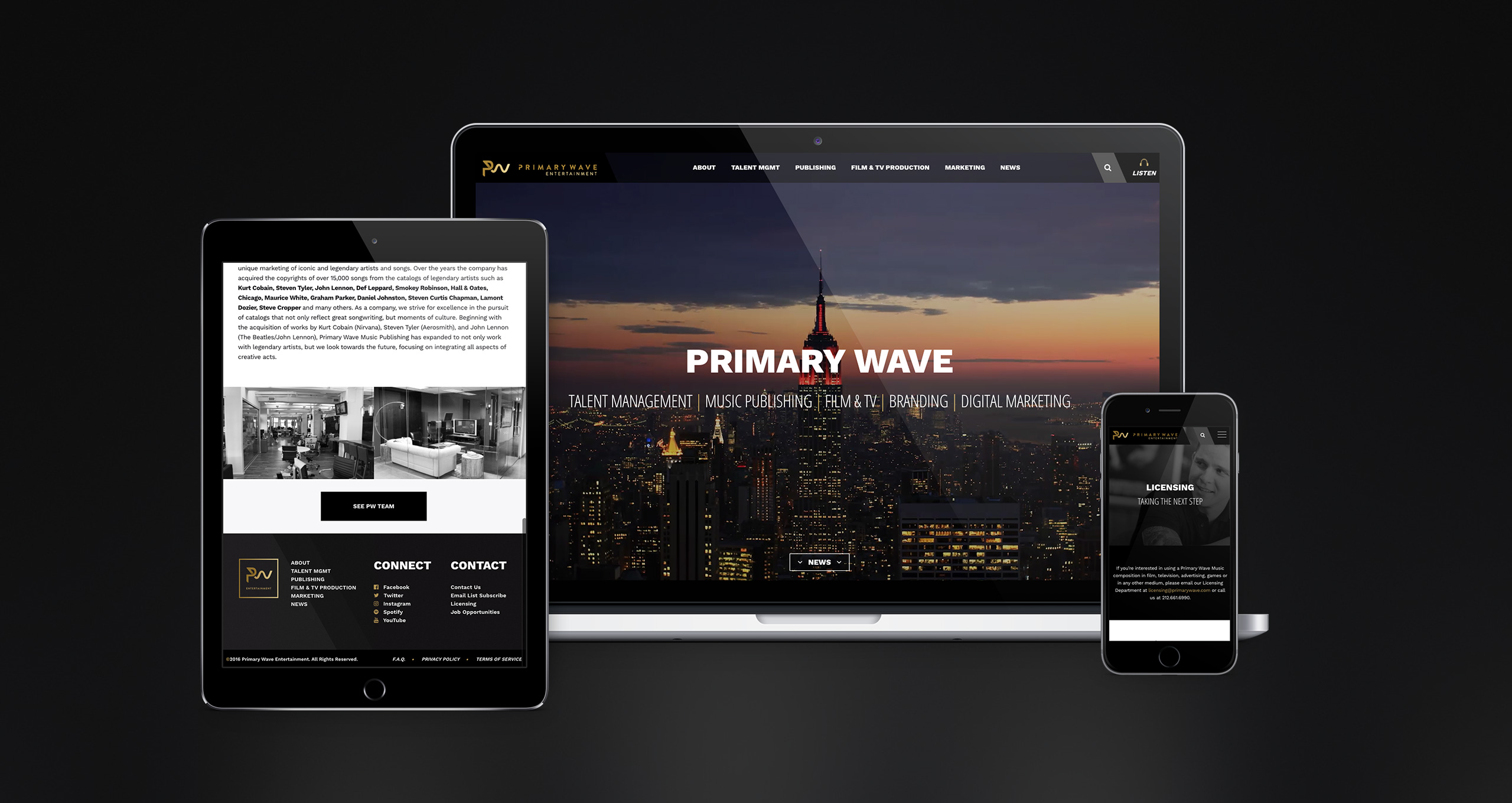 Recently, Visual Natives worked closely with PW on designing and developing the new official website for Primary Wave Entertainment. The objective was to create a modern website that was not only visually compelling, but also serve as an information hub that showcases the company’s vastly growly presence in the entertainment industry. Not only did the project call for an engaging font-end experience, but also a separate private website to host media kits for the PWE talent roster.  The final product proved a success to the objective as well as propelled Primary Wave’s new branding efforts and media distributions for their clients. 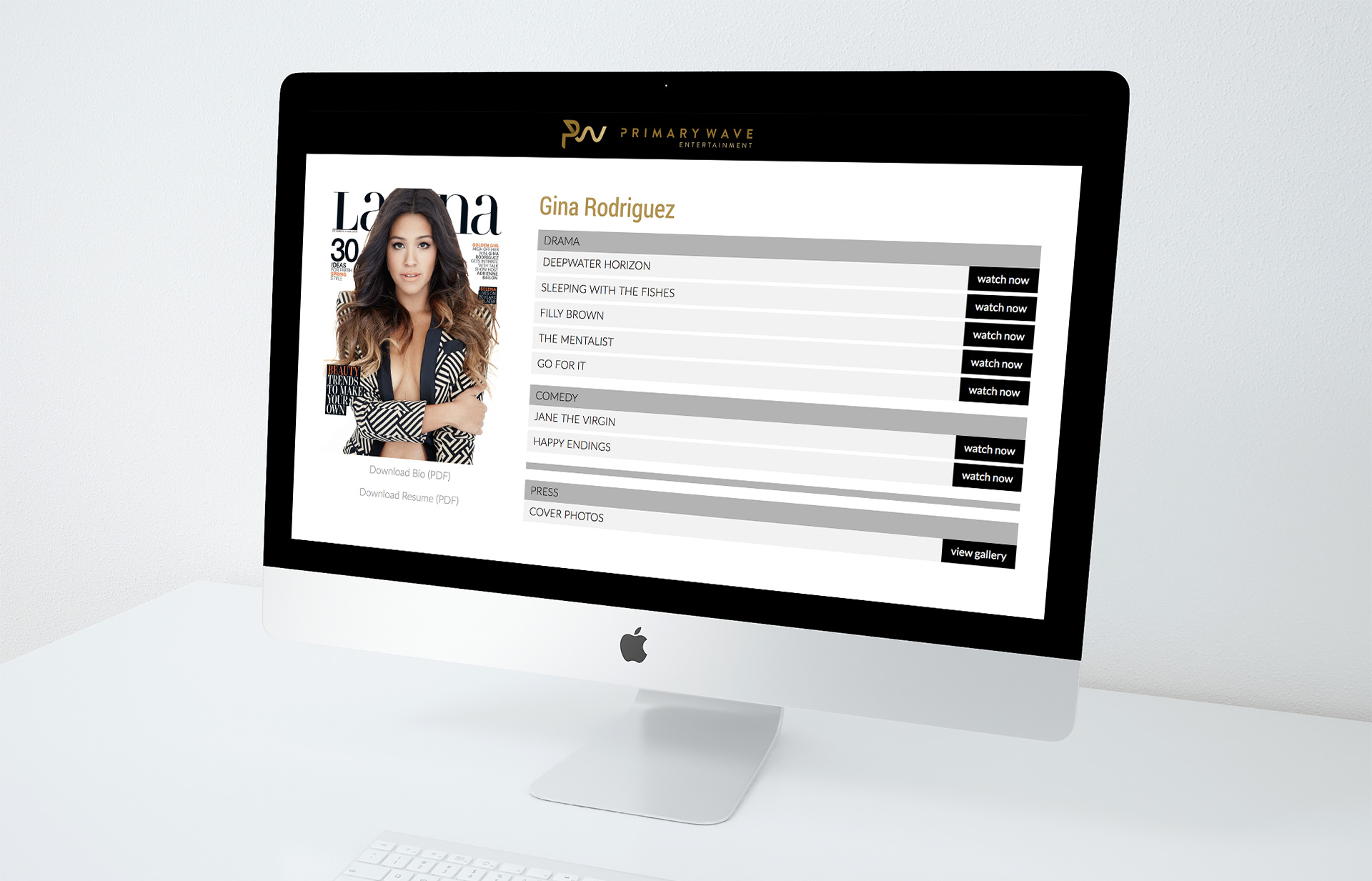 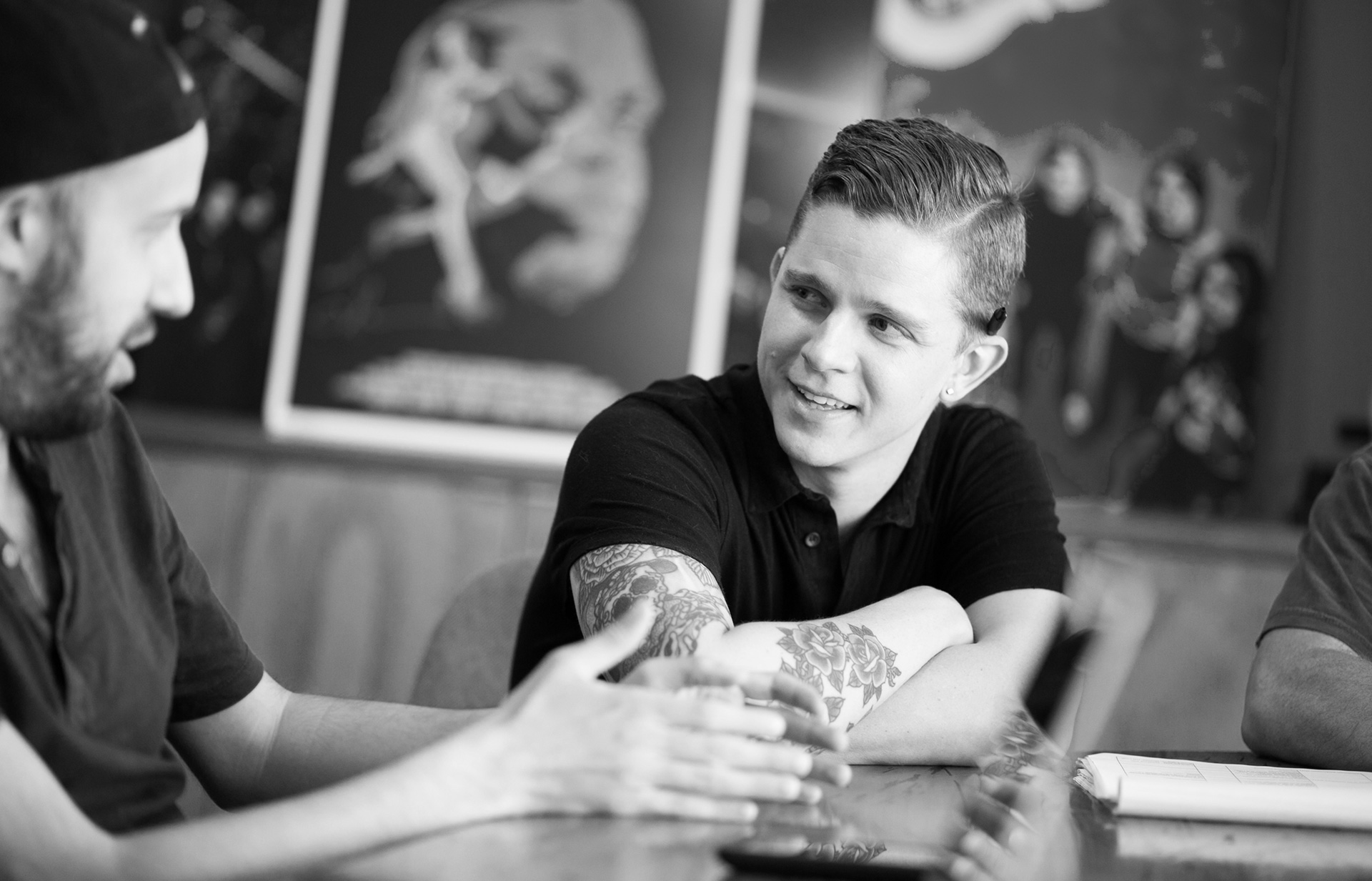